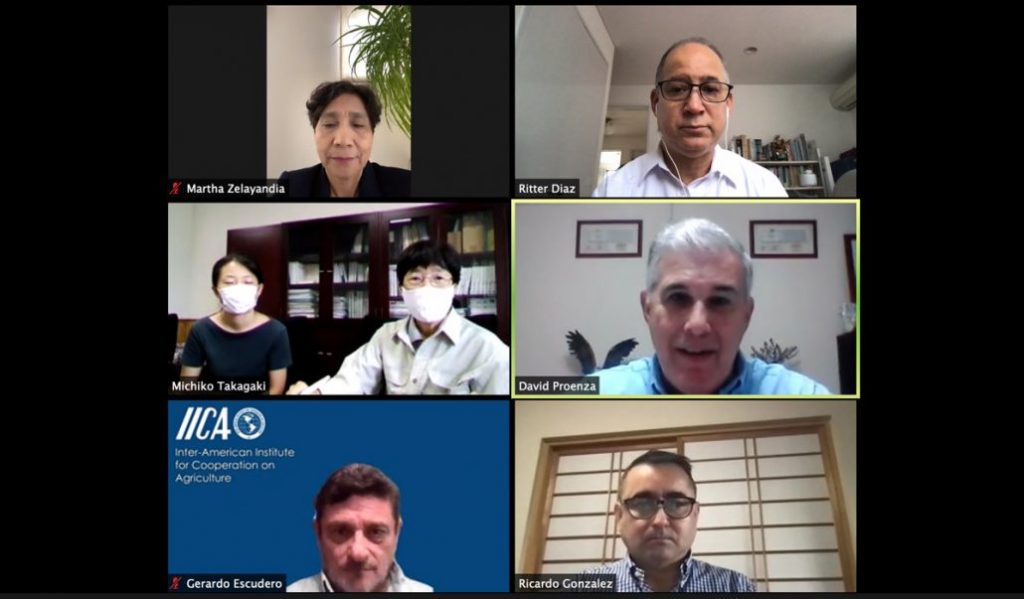 The Japan Association for the Promotion of Latin America and the Caribbean (JAPOLAC) organized a virtual meeting between the Inter-American Institute for Cooperation in Agriculture (IICA) and the University of Chiba, with the purpose of knowing the advances of the Research Center for Production of Agriculture in Controlled Environment (CIPAC in Spanish), recently established in Panama, and the development of Blockchain in the agricultural sector of Latin America and the Caribbean (LAC).

The meeting counted on the participation of Dr. Gerardo Escudero, IICA’s Representative in Panama, who explained the organization’s activities in the region of Latin American and Caribbean as well as its role in the implementation of CIPAC.

The meeting was also attended by Mr. David Proenza, President of the Foundation for Development of Agriculture in a Controlled Environment and CEO of Foodchain, who carried out a presentation on the development of Blockchain technology in the agricultural sector of LAC.

Dr. Michiko Takagaki, Director of the Center for Environment, Health and Field Sciences, and Dr. Lu Na, participated in representation of Chiba University.

JAPOLAC counted on the participation of Dr. Ritter Díaz, Representative Director of the Association and Ms. Martha Zelayandía, former Ambassador of El Salvador in Japan and Honorary Member of JAPOLAC, in charge of international exchange programs.

One of the objectives of JAPOLAC is the promotion of new technologies in the agricultural sector of LAC such as Controlled Environment Agriculture and Blockchain, with the purpose of improving the working conditions of farmers in the region and ensuring greater food security.