Virtual Meeting between the Embassy of Colombia and Chiba University 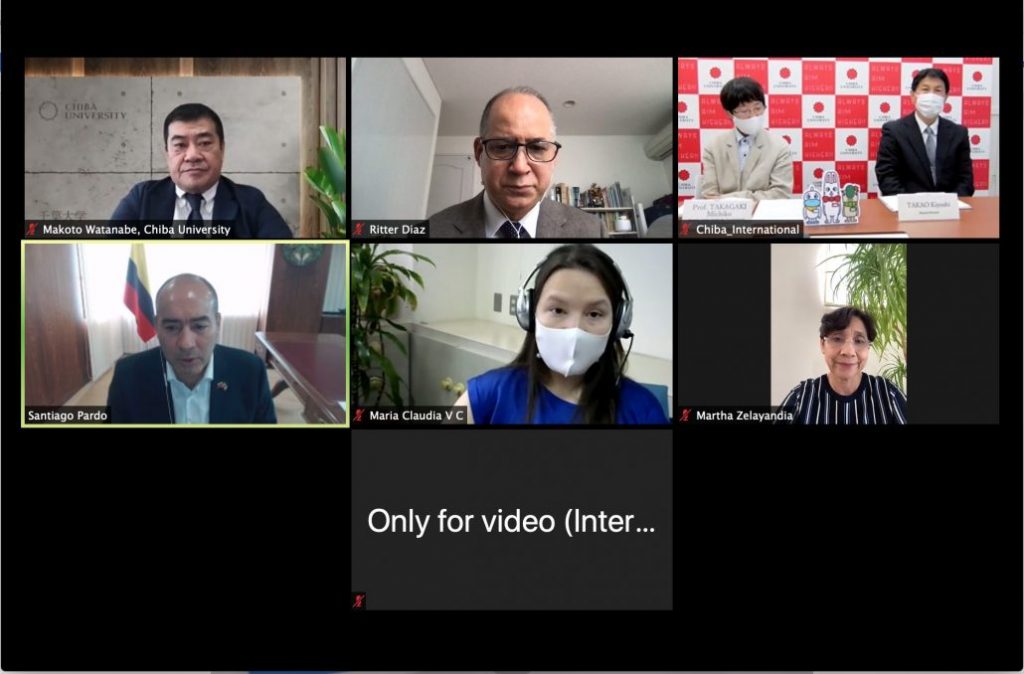 The Japanese Association for the Promotion of Latin America and the Caribbean (JAPOLAC) organized a virtual meeting to introduce the Embassy of Colombia in Japan to Chiba University, with the purpose of promoting academic exchanges between Chiba University and Colombian universities.

The University of Chiba carried out a presentation of the university to Ambassador Pardo, who expressed his gratitude for this first meeting, aimed at expanding academic exchanges between Japanese and Colombian universities.

JAPOLAC was represented by Dr. Ritter Díaz, Representative Director of the Association and Ms. Martha Zelayandía, former Ambassador of El Salvador in Japan and Honorary Member of the Association, in charge of international exchange programs.