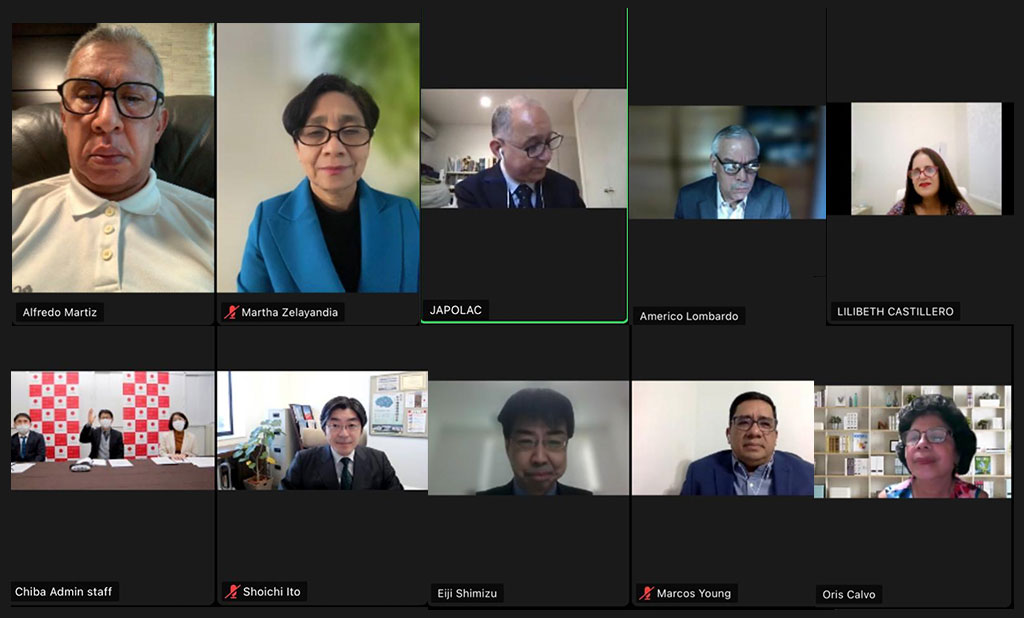 Both parties carried out a general presentation of their universities and academic programs, with a view to exploring the academic and research areas that can provide added value to their students.

JAPOLAC counted on the participation of Dr. Ritter Díaz, Representative Director of the Association and Ms. Martha Zelayandía, former Ambassador of El Salvador in Japan and Honorary Member of JAPOLAC, in charge of international exchange programs.