Online Meeting between Chiba University and the University of Technology, Jamaica 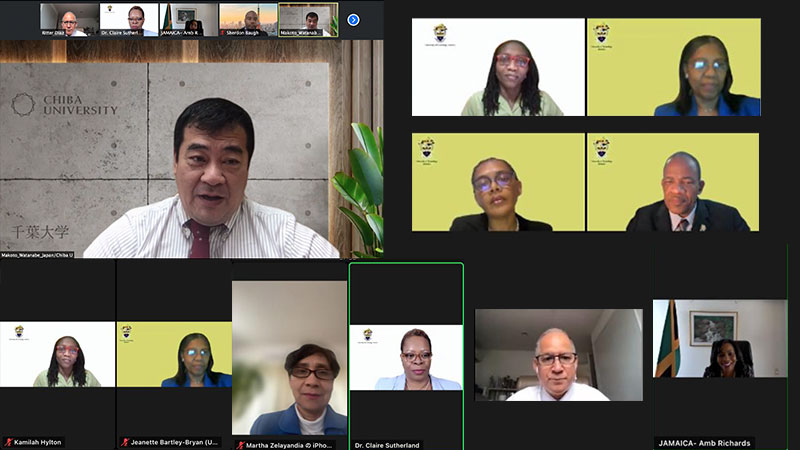 The Japanese Association for the Promotion of Latin America and the Caribbean (JAPOLAC) organized an online meeting to exchange views on the online academic offer from the University of Technology, Jamaica, (Utech, Ja.), which was propose to Chiba University. The meeting also served to explore a potential academic exchange agreement between both universities in the future.

Utech, Ja. carried out a general presentation of the university and academic programs, with a view to exploring the academic and research areas of potential interest for Chiba University.

Dr. Watanabe informed that the online offering from Utech, Ja. is under internal consultations and expressed a positive view on the possibility of establishing an academic agreement in the near future.

In addition, H.E. Shorna-Key Richards, Jamaica’s Ambassador to Japan, and her diplomatic team, participated in the meeting, playing an essential coordinating role to make it possible. Ambassador Richards is actively working in the promotion of academic cooperation between Japan and Jamaica.

JAPOLAC counted on the participation of Dr. Ritter Díaz, Representative Director of the Association and Ms. Martha Zelayandía, Honorary Member of JAPOLAC.