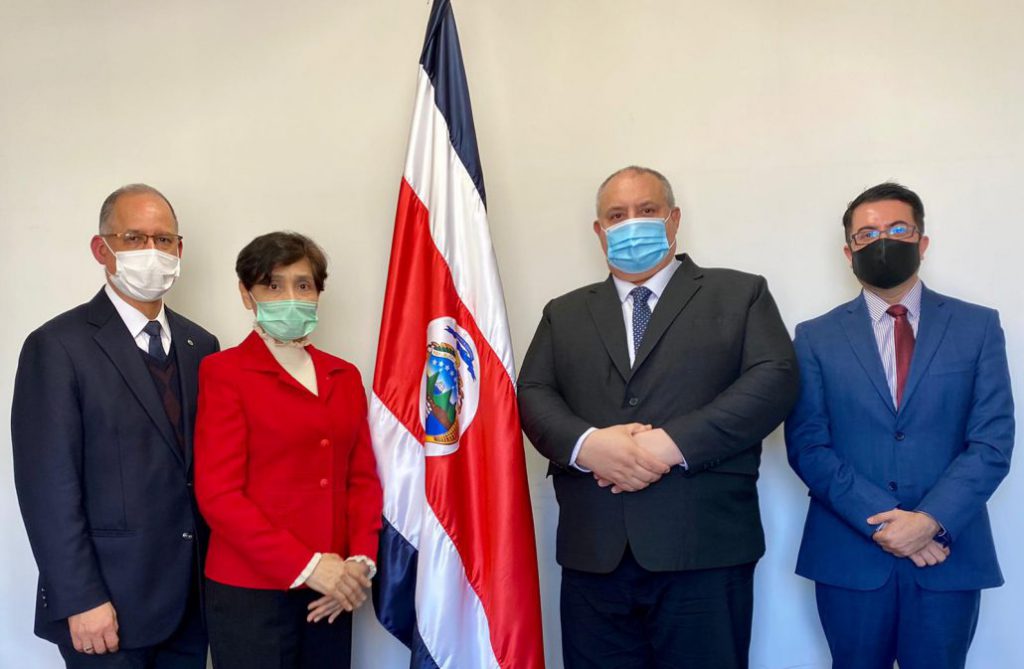 On the occasion of the establishment of the Japan Association for Promotion of Latin America and the Caribbean (JAPOLAC), the Representative Director Dr. Ritter Díaz, former ambassador of Panama to Japan and Ms. Martha Zelayandia, honorary member of the association and former ambassador of El Salvador to Japan paid a visit to the Ambassador of Costa Rica to Japan, H.E. Alexander Salas Araya on Wednesday, January 20, 2021 with the purpose of explaining the objectives and activities of the association as well as exploring ways to cooperate with the Latin American and Caribbean Embassies to increase the visibility of the region in Japan. Mr. William Calvo, Minister Counsellor and Consul General of the Embassy also participated in the meeting.